This new format is focused on celebrating the incredible pool of emerging menswear and womenswear talent in London. NEWGEN offers designers the time and support to hone in on critical business skills to futureproof their businesses. Britain leads the way when it comes to nurturing and developing young talent, from early education through to helping designers establish their brands on a global scale.

NEWGEN is a BFC initiative that supports the very best emerging talent and aims to build global, high end fashion brands of the future. The scheme offers designers financial support and showcasing opportunities. The BFC, with support from the NEWGEN committee, will deliver individual mentoring and business training to assist the designers as they develop their business infrastructure and skills. NEWGEN designers are identified by their creativity, strong design aesthetic and point of difference.

A-COLD-WALL*, Charles Jeffrey LOVERBOY, Halpern, Nicholas Daley and Richard Malone will receive NEWGEN support for the first time this year, in addition to existing NEWGEN designers COTTWEILER, Kiko Kostadinov, Liam Hodges, Phoebe English MAN, Marta Jakubowski, Molly Goddard, Paula Knorr, Sadie Williams and Wales Bonner who all continue to receive support. ‘One to Watch’ support has been awarded to Richard Quinn, who will be given exhibition space in the LFW Designer Showrooms at The Store Studios this September. Designers Alex Mullins, Ashley Williams, Craig Green and Faustine Steinmetz now graduate from the initiative. 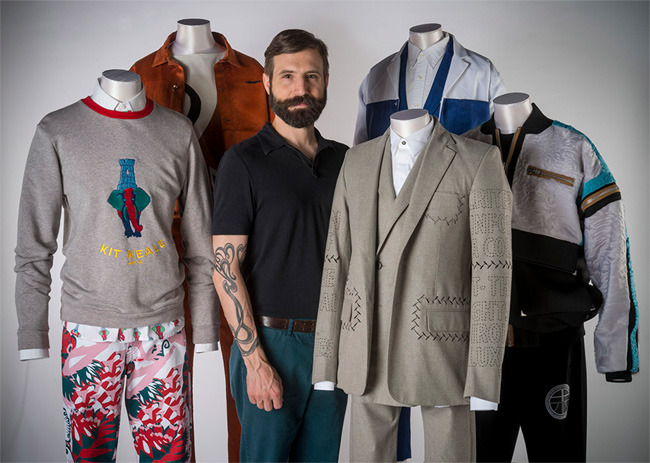 Sarah Mower MBE, BFC Ambassador for Emerging Talent, Chief Critic, VogueRunway.com and Chair of the NEWGEN committee commented: “To be able to select NEWGEN for both womenswear and menswear side by side this year has given the scheme a panoramic overview of London's strength as a centre-point of young innovation. We have all been energised to see a surge of diverse talents from so many backgrounds whose focused individuality inspires us. It's a privilege to be able to join with so many mentors from the UK industry who volunteer to join together to put these designers on the proven fast-track to recognition and business success" Caroline Rush CBE, Chief Executive British Fashion Council commented: “The new format of our NEWGEN initiative allows the BFC to be flexible in the support it offers emerging designers, and recognises the changing nature of fashion business and showcasing models. We want to empower these designers to build and strengthen their brands in close alignment with their creative vision. I am delighted as ever to welcome this year’s new designers to the initiative.”

This year for the first time The Fashion Awards in partnership with Swarovski acted as a fundraiser for the BFC Education Foundation, with ?400k of the ?700k raised being used to support schemes including NEWGEN, BFC Designer Business Support and the BFC Colleges Council.